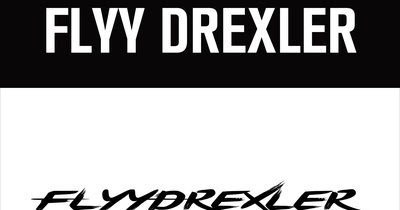 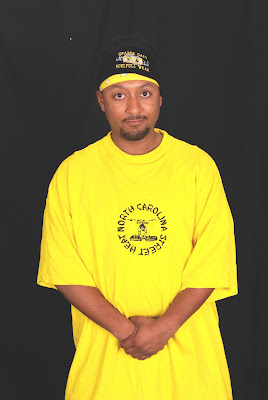 J.O.T. AKA Grande Gato gives us a one on one exclusive interview for The Carolina Inquirer.  In this interview J.O.T. talks about his past accomplishments in the music industry, the books he's published, the artists he's worked with and what he plans to do in the future!
The Carolina Inquirer:  You go by many different aliases, Grande Gato, J.O.T., Supaflyy Preest, why the different names and which one do you prefer to use the most?
J.O.T.:  J.O.T. and GRANDE GATO are the two names I use the most.  J.O.T. is the name I originally started out with even before I used to rap when I was a DJ spinning at different events in both HIGH SCHOOL(parties at the SAWTOOTH building, the NATIONAL GUARD ARMORY, etc) and COLLEGE(NC STATE ATHLETE & SORITY PARTIES, NIGHTCLUBS, etc).  I started using the name GRANDE GATO when I started getting more serious about rapping in SPANISH, especially when I was performing at LATINO shows in both MIAMI FLORIDA and NORTH CAROLINA (UMOJA FESTIVAL in downtown MIAMI  by the old arena, the HISPANIC FESTIVAL's "FIESTA" in downtown WINSTON-SALEM, NC STATE'S "EL SALSABOR" event in RALEIGH, etc.  The name SUPAFLYY PREEST is just the pen name I used when I wrote the three books that were published (almost every book author has a pen name).

Speaking of beats, what producers have you worked with so far?
As far as NORTH CAROLINA producers I have worked with EDDIE KANE (FORTUNE 500), N.B. (ACE MOB ENT.), LESLEY BLAIR (PHATT TRAXX), and MYSELF.  I have also worked with a young upcoming producer from VIRGINIA name DJ LETTERS on the 2009 CD album PARA GANAR I put out.  My recent 2010 12 inch vinyl NORTH CAROLINA STREET HEAT project has some beats/tracks from FLORIDA producer J MUSIK(TRAK WORK ENT.) on it.

What artists have you worked with so far?
Rapper JONNOTTY aka RELL NYCE from NORTH CAROLINA, reggae artist FIRE MARSHALL aka CLOVIS DOUGLASS from the island of ST. KITTS, rapper DON CABAN aka SMARTY FRESH
from NORTH CAROLINA, R & B female artist Y.O. aka YOLANDA RODGERS from NORTH CAROLINA, Christian rapper CHANCE aka WAYNE WHITE from NEW YORK, rapper HOLLYWOOD aka HAROLD MITCHELL from NORTH CAROLINA, rapper CAPPASTRO aka BRIAN SHEAR from NORTH CAROLINA, Christian rapper PARABLE aka QUINTIN HILL from NORTH CAROLINA, Christian R & B female artist MS. CRYSTAL aka CRYSTAL DUPONT, and country female artist MONYA DENNIS.
Who would you like to work with in the future?
Any music artist known or unknown that's serious about their music!!!!
You are a man of many different talents, you are also an author, could you tell us a little about the books you have published?
The first book I wrote, titled "ABOUT J.O.T.", gave people deeper insight about my music and what I was trying to say with each CD album (for the record I have put out seven CD albums, four CD singles, and five 12" vinyl projects).  It also touches about me overcoming CANCER during the process of me coming out with my fourth CD single.  The second book I wrote, titled "BREAKING STEREOTYPES", talked about my career so far from beginning to the present (my brief beginning as a breakdancer, DJ, music producer, rapper, and now record label owner).  The third book, titled "I COULD HAVE GOTTEN REVENGE BUT I DIDN'T", talks about how I chose not to lose focus on my music goal even though I had daily obstacles like the police trying to trump up bogus gun charges against me for no reason, a failed marriage, and other life problems trying to tear me down along the way.
You were recently featured in the documentary titled "Authoring Action" by director Nathan Ross Freeman, could you tell us a little about that?
I met NATHAN at an event that MYA ANGELOU's niece hosted.  We talked, and I sent him some of my original music tracks I made.  At a later date we met over an informal business dinner with other people he worked with and he introduced me to them as a music producer that he would be working with on his film projects.  He really liked my tracks and the rest is history.
Getting back to the music you also run a label, could you tell us about the acts you have signed to your label?
MS. CRYSTAL aka CRYSTAL DUPONT, MYSELF, JONNOTTY aka RELL NYCE from NORTH CAROLINA, reggae artist FIRE MARSHALL aka CLOVIS DOUGLASS from the island of ST. KITTS.  Since I was the main artist with the most exposure at the time (music video "PRESS ON" featured on BET, all major Piedmont Triad television stations interviewing me, getting interviews on radio stations of different genres in the piedmont triad such as rap station 102 JAMZ with DJ SOUNDMACHINE, R & B station 97.1FM with BUSTA BROWN, and gospel station 1540 AM THE LIGHT with ANITA DEAN & STU EPPERSON) I concentrated on my career the most by promoting myself through CD ALBUMS, 12" VINYL, MUSIC VIDEO, BOOKS, and CLOTHING.  The other music artists signed to J.O.T. records were promoted mainly through live shows I booked for them in both MIAMI FLORIDA & NORTH CAROLINA, and also through the 12" vinyl NORTH CAROLINA STREET HEAT various artists projects I put out and distributed to both famous celebrity DJs and local DJs.
What's in the future for J.O.T. Records?
Expanding the music globally so that artists on J.O.T. RECORDS can grow both finacially and creatively.
Speaking of the future where do you see yourself in 5 years?
In FORBES magazine, on OPRAH.....all over both ENGLISH & SPANISH radio and television stations.
Where do you see the music industry in 5 years?
I see it becoming more diverse with music styles and also music artists thinking outside the box.  I have already seen it happening with multi-platinum secular artists like JAY-Z being successful with owning a record label, gospel artists like KIRK FRANKLIN & MARY MARY getting rotation on both gospel stations and secular Rap/R & B stations and still going multi-platinum, LATINO artists like PIT BULL and CYPRESS HILL are incorporating their SPANISH lyrics to mainstream rap and are recording more songs with AFRICAN AMERICAN artists as well.
You also have a clothing line, could you tell us a little more about that as well?
It is still in the beginning stages, meaning that we haven't massed produced any clothing items yet.  We have to still secure a major clothing manufacturer for that.  It has been strictly used as promotion for my production company SOUL-FULL PRODUCTIONS and my record label J.O.T. RECORDS, but just to let everyone know the mens gear is called SOUL-FULL WEAR and the women's is called LADY SOUL.  We also have a urban part of the SOUL-FULL WEAR & LADY SOUL clothing line called NORTH CAROLINA STREET HEAT.  Like I mentioned before we are not selling any clothing yet just promoting the company.
Is there anything else you would like to plug, any shout outs?
SHOUT OUT TO MY CITY WINSTON-SALEM, NC....SHOUT OUT TO NORTH CAROLINA....SHOUT OUT TO EVERYONE I HAVE EVER WORKED WITH MUSICALLY....SHOUT OUT TO ALL OF THE PEOPLE BOTH IN THE INDUSTRY AND NOT IN THE INDUSTRY WHO HAVE SUPPORTED ME....SHOUT OUT TO GOD FOR GIVING ME THE STRENGTH TO GRIND LIKE I DO!!!!  THANKS to C. from THE CAROLINA INQUIRER for interviewing ME!!!!  Check out both NORTH CAROLINA STREET HEAT & SOUL-FULL on FACEBOOK!!!!  ALSO CHECK OUT WEBSITES:WWW.NORTHCAROLINASTREETHEAT.COM AND WWW.SOULFULLPRODUCTIONS.COM
Posted by The Admin at 3:43 PM

Flyy Drexler "Came From Nothing"

Want to submit news, articles and additional content to be added to The Carolina Inquirer. Find out how and submit information to our e-mail address here at

Adbrite Sponsored Links for The Carolinas